How To Play Craps

How To Play Craps

Ask most people—even those who don’t gamble—to name three casino games and the answer will usually be “poker, roulette, and craps.” Craps is one of the most popular casino games, both in the real and virtual gambling world, but the fast pace, constant movement, and mysterious jargon can intimidate a new player.

But there’s no need to avoiding learning how to play craps! Both amateurs and professional gamblers can find much to enjoy in this exciting game. The monetary stakes vary, attracting both average players and high rollers, and learning how to play craps doesn’t require any special skills. The unique aspect of craps is that is not limited to the casino; it can also be played at house parties and even on street corners.

Ultimately, two things make the game of craps so popular: 1) anyone can learn how to play it and 2) it’s a good introduction into the world of casino games.

Let’s take a look at the basics of learning how to play craps. 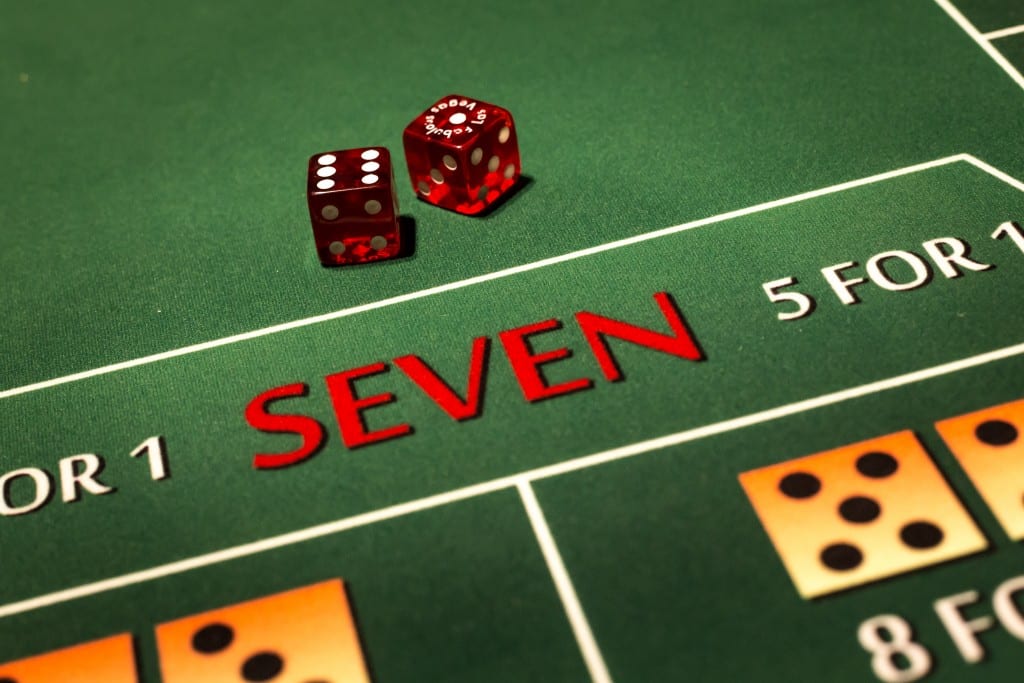 How to Play Craps

Craps is easy to learn, as the rules are not very complex. Oftentimes, the only prerequisites for a good game of craps are a pair of dice and a few people. The benefit of playing in a casino, either online or in an actual facility, is that the excitement of the crowd surrounding the craps table often fuels the game, but you can generate the same level of excitement at a house party with no actual money at risk.

At its essence, playing craps is basically betting on the roll of a dice. But your wins and losses depend on what number you roll and when.

To begin a game, the player (or “shooter”) makes a “pass line bet” by placing their chips on the corresponding section of the craps table. On this type of bet, you are betting that you will win. After you place your bet, the dice are rolled.

A pass line bet pays you even money if you win, meaning you will win exactly the amount you put down. Pass line bets (and don’t pass bets, which we’ll go over in a bit) cannot be removed until you either win or lose.

You also have the option of making a “don’t pass” bet, which is essentially betting that the shooter will lose. The rules for a don’t pass bet are the opposite of a pass line bet.

If you’re going to make a don’t pass bet, it should be noted that most players consider this to be rude. If you’re looking for a little more excitement while the shooter is rolling the dice, you have another option.

Players can make additional bets in addition to the first bet, a move that is known as the pass odds bet. This means that the casino loses the usual house edge and the game begins to be played on real odds, versus an edge one way or another. These bets differ from pass/don’t pass bets in that they can be turned “off” at any point during the game.

When making a pass odds bet, you’re essentially betting that the shooter will roll the point number before rolling a 7 or 11. Because the house loses its edge on these bets, many casinos have a limit on how much you can bet, but they have a better payoff than pass/don’t pass bets. Odds are 2-to-1 if 4 or 10 is the point, 3-to-2 if 5 or 9 is the point, or 6-to-5 if 6 or 8 is the point.

Before beginning any game of craps—especially in the casino—check out other players first to learn different tips and strategies. If you are playing craps in an online gambling room, be sure to check out rules and regulations and take advantage of any classes or other educational materials about the game. Every casino (online or otherwise) has different rules for craps, and you should familiarize yourself with them before playing.

The best success stories in gambling are those who learned everything about the game they play, and craps is no different. Learn all of the tips and tricks of the game to be truly successful and win big. And for casino amateurs, craps can be the best way to start on a really big roll.